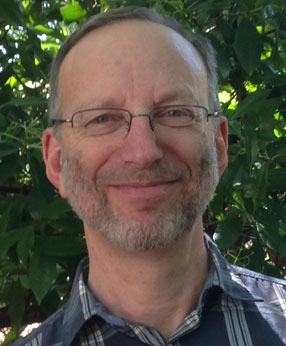 I have had a longstanding interest in Chinese culture and in learning Mandarin, both for its own sake, and as a means of interacting with the culture on a deeper level. As a result, I have, over time, enrolled in a number of Mandarin courses, studying off and on whenever time permitted. However, evaluating my performance after many years of this approach, I was forced to conclude that while I had gained some basic understanding of the language, my overall progress had been limited. I had almost no ability to hold a conversation on anything but the most basic level, and I seemed to forget most new material almost as soon as I learned it.

I concluded that the goal of reaching a standard in Mandarin that would enable me to have any kind of meaning conversation with native speakers was simply unattainable for me. I fell for the common myths that adults couldn’t learn languages, especially a difficult one like Mandarin, unless they had a special gift for this type of learning (which I clearly didn’t), or they were prepared to live in China for many years.

Then I started to read both the academic literature on how people learn languages, and also the practical experiences of those who had successfully learned one or (usually) more languages as an adult. It gradually became clear to me that almost any adult could achieve a reasonable measure of success in learning a foreign language. It wasn’t that talent didn’t count – some people undoubtedly learn faster than others – but rather that that almost everyone had sufficient talent to reach a useful level of language proficiency within a practical period of time.

I also realized that not living in a Chinese speaking environment was not a significant barrier to achievement. While it was true that most people who moved to China did eventually learn to speak the language, this was by no means guaranteed; people living overseas for many years sometimes never got beyond the basics. On the other hand, I discovered that many people had attained extremely high levels of language proficiency having only infrequently, or in some cases never, visited China.

Instead, progress seemed to depend primarily on having clearly defined learning goals, engaging in frequent, regular periods of study (even though each period needn’t be very long) and using efficient study methods (techniques not commonly used in most language classes).

In my own case, my investigations encouraged me to make another attempt at learning Mandarin, this time aligning my study approach with the principles I had read about. At first I didn’t observe any dramatic improvement. I didn’t become instantly ‘fluent’. Rather, what I noticed was a steady improvement, with my rate of progress closely linked to the amount of time I studied. I also noticed that I was now able to retain what I had learned, so that the achievements of each week built upon those of the week before. In short, I had found a way to make progress and without there being any inherent limitation on what could be achieved.

Another thing I discovered was that the study of Mandarin, if done properly, brings many rewards even at very low levels of proficiency. For example, students learning the Chinese script are often taught to memorize each character as a collection of meaningless strokes, sometimes broadly classified into vaguely defined ‘radical’ groups. In fact, all characters consist, not of individual strokes, but of a small number of meaningful sub-components. Understanding these not only makes it very much easier to learn characters, but also, if interpreted correctly, provides a great deal of insight into the Chinese way of thinking. In effect, these character components provide a type of semantic embellishment to the word that reflects the values and worldview of traditional Chinese culture.

In summary, I have found that the learning of Mandarin offers an excellent way to begin to understand Chinese culture, and moreover, that it is quite possible for all those who take up the study of this language, to make both early, and ongoing, progress.